Colorado Day is celebrated on August 1 each year in Colorado, a western state of the United States (U.S.).

On August 1, 1876, president Ulysses S. Grant signed a proclamation admitting Colorado as a state. Colorado Day was celebrated as a state holiday on August 1 for many years, and then was moved to the first Monday in August, most likely after the time the U.S. Congress passed the Uniform Holidays Bill in 1968. The day no longer became a public holiday, but rather an observance, when the state started observing Martin Luther King Jr. Day as a public holiday in 1985. 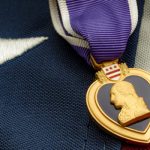