Facebook is rolling out a number of features related to the FIFA World Cup 2018.

The company has launched new features across its platform and Messenger app. These include: 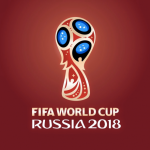