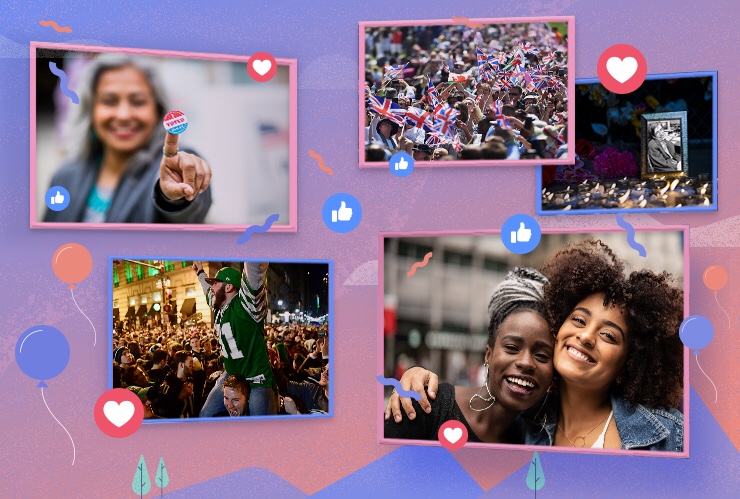 On every December Facebook releases the year review, where Facebook publish highlighting the top ways people around the world engage through facebook. This year again (as also on 2017) most talked about moment of the year was March 8 International Women’s Day. Some other popular topics include March for Our Lives event, World Cup, The Royal Wedding, Avicii, Stephen Hawking and more. Also every year facebook allow its users to share their years review through personalized video for every users on facebook. This year those personalised videos will be available to users starting from December 10.

Facebook first introduced facebook Year in Review 2012, which is a look back at the people, moments and things that created the most buzz in 2012 among the billion people around the world on Facebook. During 2012 facebook list topics based on Events, songs, movies, books and more.

Facebook list topics based the users reactions and trending topics. As mentioned by facebook these are the most globally discussed topic of 2018 in Facebook. March 8 International Women’s Day, was one of the most discussed topic in facebook in 2018. March for Our Lives was another hot topic, a event took place on March 24, 2018, in Washington, D.C, with over 880 sibling events throughout the world. The theme was Gun violence awareness Support of gun control because of the Mass shootings in the United States. Brazilian Presidential Election and the US Midterm Elections was another top discussed topic in facebook this year. The Royal Wedding of Prince Harry and Meghan Markle on May 19 was also one of the hot topic in 2018.

World Cup this year is another most discussed topic in facebook 2018. According to facebook 383 million Football fans from around the world created 2.3 billion posts, comments, reactions and shares. And France’s World Cup victory on July 15 and England’s Semi-Final match against Croatia on July 11 were two of the top most-discussed moments of the year. Super Bowl 52 was another top topic of 2018 in facebook.

Some of the famous figures being shared on facebook post are. July 18 marked 100 years since Nelson Mandela was born, There were lots of posts on Mandela’s life of dedication to human rights and social justice. This year world lost some of the most influential people,  Avicii, Aretha Franklin, Stephen Hawking. People around the world shared millions of posts on Facebook to memorialize the global impact and work of these individuals.

The lists are determined by the number of topic being discussed in facebook every single day between January 1 and November 11, 2018. There is what facebook mention as the Methodology being used:

The top moments of this year’s Year In Review were determined by gathering a list of the top keywords by volume mentioned in a single day on Facebook between January 1 and November 11, 2018. To identify which topics were unique to 2018, we compared these keywords to the previous year’s maximum single-day volume. This means that keywords like Mother’s Day and Halloween, which typically represent the top moments every year, do not repeatedly appear at the top of the list.

So first go to https://www.facebook.com/memories/ on your first visit facebook will start to create a video for your. You will get a message “Your Year on Facebook Sagar, let’s take a look back at the memories you made on Facebook in 2018. We’re creating a video just for you and your year. Check back soon to watch it.”

As facebook have 2.27 billion monthly active users. There are lots of users trying to access year in review video Right now, so it may take a while.It actually take lots of hours for the video being available, Once the video is created you can share it with in a click, or you can edit it as per your wish. Videos for some users is already created and for some its still in progress.

What is Included in Video

Some of the popular photo of yours in facebook are included in facebook. If you had moved to some new place, that event is also included in the video. In the year in review video, new facebook friends from this year are also included. You can pick friends based on your choice. This video have special effects, different sounds and lots of celebration effects. It is really cool to watch your year in review video. It gives you the over all view of your 2018. you will lost in that moments, which are shown in the video.

How to edit Video?

Once your video is requested the video will be created, they start to create video for your. Once the video is created you can watch it, before sharing it to publics. If you like it you can share it as it is. Or you can edit it, to remove some posts you don’t want to be in the video and add images and posts you like. You can select which friend to be displayed in your year in review video. 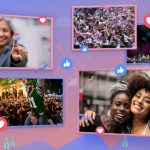