If you’ve noticed an “I AM HOPE” Facebook frame popping up across Facebook, it’s for a good reason.

Working with mental health activist Mike King, Kiwibank has started an online campaign to raise money for his charity.

For every Kiwi who adds the “I AM HOPE” frame to their profile pic, Kiwibank will donate $1 to Mr King’s #gumbootupnz fund.

This goes towards young New Zealanders getting free mental health counselling. People can also donate through the Givealittle page.

“Last year in NZ 137 young people died by suicide and it is estimated another 3500 attempted to take their own lives,” the campaign’s website says.

“While Government agencies are doing their best, some kids are stuck waiting up to six months to receive the counselling they so urgently need.”

So far over 21,000 Kiwis have used the frame, and Kiwibank says the response has “blown us away”.

“We were hoping it would reach 20,000 people but we’ve already passed the 21,000 mark! It’s clear this is resonating strongly and something Kiwis really care about,” says Kiwibank’s brand manager Kim Waghorn.

“Based on the overwhelming response, Kiwibank is committing up to $50,000 towards the cause.”

Kiwbank CEO Steve Jurkovich says it is “great to see New Zealand recognising what an important issue this. Every gesture counts”.

Where to find help and support: 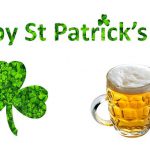